The Ministry of Lands has set up Rs. 700 million for an organic fertilizer production project

The Organic Fertilizer Production Project, which is being executed by the Land Reforms Commission under the Ministry of Lands, would get 700 million rupees.

Organic fertilizer created by this project, which is run under the direction and directions of Land Minister S. M. Chandrasena, will be sold to the Ministry of Agriculture, with the earnings going back into organic fertilizer manufacturing.

The project proposed to be implemented island-wide has received cabinet approval. 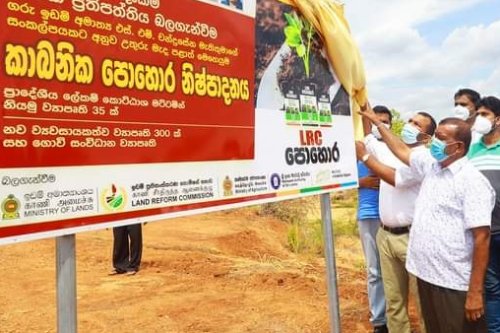 In the preliminary round, 35 large-scale projects have been launched in the North Central Province alone and 1300 entrepreneurs have joined the program. It is expected to provide 300,000 metric tons of organic fertilizer to the Ministry of Agriculture by next September, Mr. Chandrasena states.

These projects will be implemented under the supervision of the Chairman of the Land Reforms Commission Nilantha Wijesinghe, Executive Director E. K. D. Dissanayake and the Board of Directors and with the participation of the Sri Lanka Mahaweli Authority, Lanka Phosphate Company, and the Ministry of Agriculture, Mr. Chandrasena said.

The first project was launched in Eppawala in the Madiyawa area by the Minister of Lands. S.M. Chandrasena.

The Minister pointed out that phosphorus, potassium, and nitrogen are essential for the roots, bark, stems, leaves, flowers, and fruits of all crops grown by farmers.

The first 35 projects are being implemented in Anuradhapura and Polonnaruwa districts due to the location of the Eppawala phosphate deposit in Rajarata, said Minister Chandrasena. 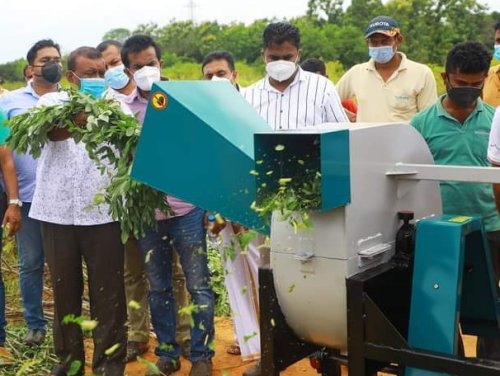 Currently, under Israeli technology assistance, a machine that can produce a ton of fertilizer in an hour has been received and steps were taken to deploy it for production. Any raw material that can be used for organic fertilizers can be fed to the machine and will be instantly powdered. The Minister of Lands emphasized that he hopes to assist farmers in mechanized production as well.

Mr. Chandrasena emphasized that a high-quality organic fertilizer product can be produced in a very short period of time using Salvinia from around 4,000 tanks in Rajarata, Japan Jabara, Cattle, poultry, goat manure as well as hay, reeds, Ginisiriya, Alfa Alfa, Albizia, and coconut husks as well as phosphate.

The Minister said he hopes to implement this project island-wide from next season.

Huawei together with NAITA launches ICT Academy in Vocational Training