Sri Lanka would keenly follow the ambitious projects designed to reduce carbon emissions in the region by 60 percent and the initiatives aim to preserve marine and coastal environments, the latter being much closer to our heart as an island nation.

Sri Lanka is also, at present experiencing the emerging harsh realities of global climate transformation. Therefore it is heartening to see that the Kingdom of Saudi Arabia is emerging as a country to take the lead on the effort of tackling climate change that will affect all humanity. 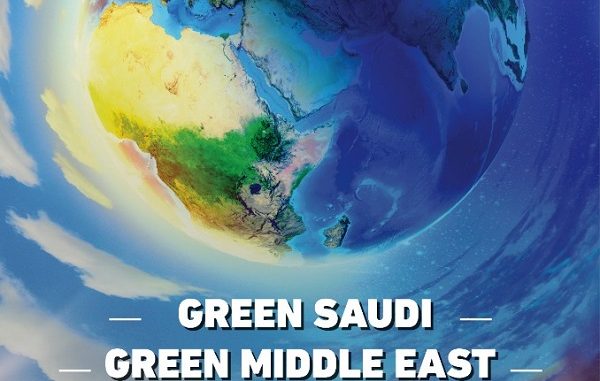 Sri Lanka would express its support for the Kingdom of Saudi Arabia and is looking forward to working with the Kingdom in our common approach to deal with climate change. – MFA

What is the Saudi Green Initiative?

Saudi Arabia will work to restore, conserve, and sustainably managing a billion hectares of land by 2040.

As part of the plan, 30 per cent of the kingdom – or 600,000 square kilometres – will be protected areas and efforts will be made to protect coastal environments.

The Middle East Green Initiative will launch a similar plan for the region. Saudi Arabia will work with countries to plant 50 billion trees across the Middle East.

Plant 10 billion trees in Saudi Arabia and 50 billion across the Middle East;
Cut carbon dioxide emissions in the Middle East by 60 per cent;
Renewables to produce 50 per cent of Saudi Arabia’s electricity by 2030;
Divert 94 per cent of rubbish now going to landfill;
Increasing protected areas to more than 30 per cent (including marine and coastal ecosystems);
Eliminate more than 130 million tonnes of carbon emissions using clean hydrocarbon technology.

Why are environmental projects important for the Middle East?

Partly this is about the region’s commitments to international climate change mitigation targets such as the 2015 Paris Accord.

The crown prince said the kingdom and the region face environmental challenges such as desertification, which pose an economic threat.

Sandstorms, he said, alone cost the region $13 billion each year and air pollution is estimated to cut 18 months off life expectancy.