Pelwatte Dairy Industries has successfully concluded its seasonal Social Media Challenge titled ‘Pelwatte Aluth Avurudu Recipe Challenge’ bringing the excitement of the season to the homes of customers. The challenge was carried out on Facebook and Instagram & invited customers to share their recipes and photos of the seasonal delicacies made using any of Pelwatte’s wide range of products. The Challenge which ran from the 1st of April to the 20th of April 2021 recorded over 100 recipes of delicacies, food and drink been made to delight.

The participants were able to take part in the challenge by posting their scrumptious dish and recipe on the comments section of the announcement post, by direct messaging it to the page or by posting it on their wall and mentioning the page and the Hashtag. All the recipes can be divulged in the #pelwatteඅලුත්අවුරුදුrecipe2021 hashtag. The Challenge resulted to be an opportunity to showcase the beauty of the New Year season, enabling good relations and connections while spotlighting the Home Cooks, also bringing in the essence of their own creative take on Food, preparation and its presentation.

Avurudu is that time of the year, which is filled with an atmosphere of good wishes, thoughts of prosperity, moments of renewed relationships, days of family and friends, undeniably nostalgic food and sweets. It is the time of the year where the Sun changes its course and so do the people with renewed hope, love and affection. While, this year’s Avurudu has been different from that of the previous years. The pandemic has challenged gatherings and physical interaction – but the spirit of the season has remained unchanged.

Mr Panduka Nuwa, Sales Manager – Pelwatte Dairy Industries, commenting on the campaign said, “Avurudu is always a time that we closely associate with our lives, the sweets, food and drink on the table are no exception. We are indeed pleased to have been able to create an opportunity for our customers to showcase their cooking skills and their take on the food items. I am incredibly proud to know that Pelwatte products have been used in so many forms; thereby depicting the quality of the product itself. We have opened up the creations, for all Sri Lankans to try the recipes for themselves”

He further added “Pelwatte has been in the forefront of supporting the customers, stakeholders and the entire country with a number of meaningful initiatives carried out in line with our pillars of trust, quality and connection.”

The competition was judged based on several criterion; as the uniqueness of the recipe and its abundance as well as the difficulty of making it. The Quality of the presentation. The Number of recipes they have made using our products  and the number of Pelwatte products they have used for their recipes. 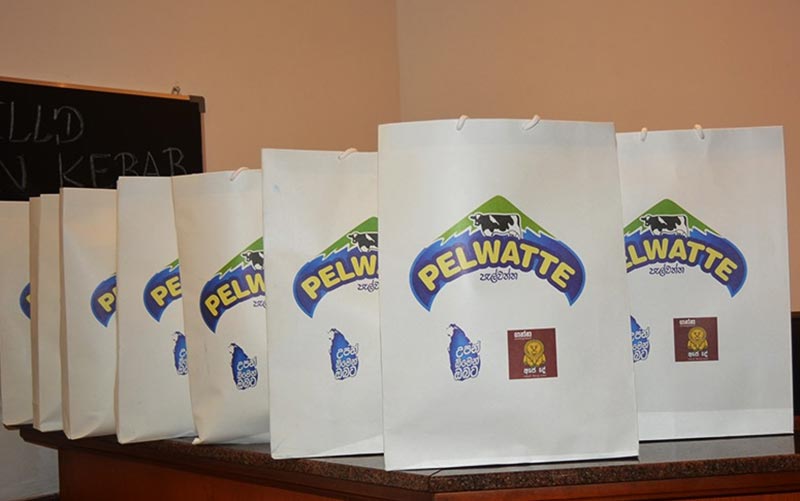