Ambassador Dr. Palitha Kohona presented Letters of Credence to President of the People’s Republic of China Xi Jinping on 14 April 2021 at the Great Hall of the People in Beijing. He also formally handed over the letter of recall of the former Ambassador. By the presentation of the credentials, Dr. Kohona has been formally recognised as the Ambassador of Sri Lanka to China by the Chinese Head of State.

The credentials ceremony was conducted according to a new format complying with health guidelines, although China has largely overcome the Covid-19 threat. 30 Ambassadors and the Resident Representative of the United Nation were ceremonially taken from the State Guest House to the Great Hall of the People where a guard of honour was accorded to them before proceeding to the presentation of the credentials. 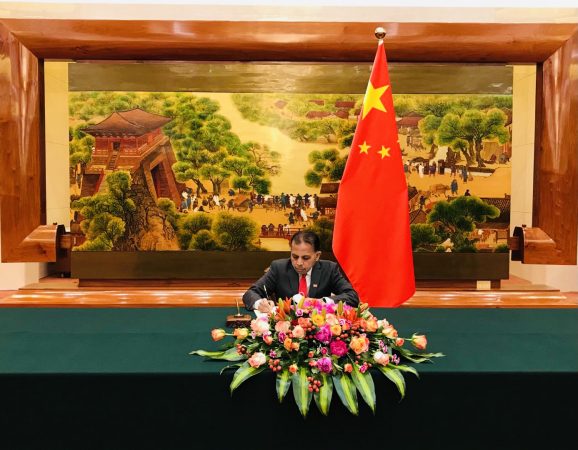 After accepting the credentials, President Xi Jinping addressing the new Ambassadors and stated that China was grateful for all the assistance given by friendly countries in the early stages of the pandemic. China for its part has provided vaccines and other assistance to over 80 countries and international organisations.  China will uphold the UN centred multilateral system and WTO based global trading system. The 14th Five-year Plan will make China a modern socialist country. China will conduct its relations on the basis of friendship and equality. The address was followed by a group photo of the Ambassadors with the President.

Previously, Dr. Kohana arrived in Beijing in mid December 2020 and assumed his duties as the Ambassador of Sri Lanka to the People’s Republic of China. 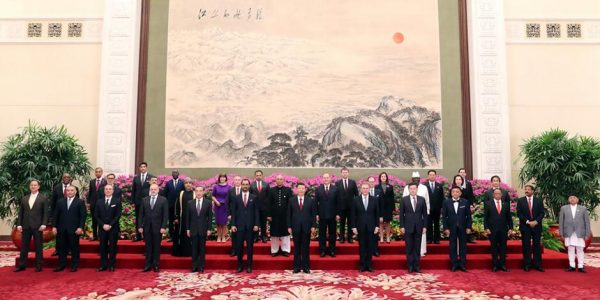 The staff of the Embassy accorded a warm welcome on his return to the Embassy after the presentation of the credentials.