– Identified as a Leader in the Diagramming segment

Sri Lanka’s own Creately was recently tapped as a top five contender in the List of Best ANZ Sellers for 2021 by industry benchmark site G2. Additionally, G2 also tapped Creately as a Leader in the Diagramming segment.

A visualization and collaborative software company headquartered in Melbourne, Australia, which runs most of its research and development and operations out of Sri Lanka, Creately was founded by a small team led by Chandika Jayasundara in 2008. Since then, Creately has grown to become a leader in the online diagramming and visual collaboration segment. The platform currently has over 5 million users worldwide and is used by some of the biggest organizations across the world, including Netflix, Amazon, NASA, Disney and many more. 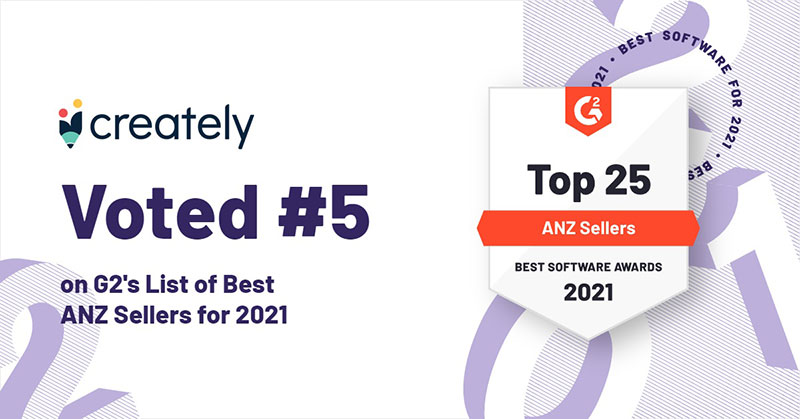 What started out as a small team in Colombo has now transformed into a global operation with distributed teams in Sri Lanka, Australia, UK, India and Singapore. Creately competes with tech behemoths like Microsoft in the online visualization space and has established itself as a major player in the market that is constantly innovating and disrupting the industry.

Creately’s novel approach to collaboration seeks to change the way organizations work together, putting communicating through visuals at the heart of everything they do. “We are thrilled to be recognized by G2 and others for our growth and innovation in this space. As we move forward, we focus on moving up the value chain in providing even more value for our customers who use Creately as their central visual command center for projects they run. Even now, most organizations suffer from miscommunication and collaboration blocks that we can easily unlock with visual tools like Creately. We are super excited for what’s next,” stated Chandika Jayasundara, the CEO of Creately in response to this award.

2020 has been transformational for Creately, with the sudden increase in remote teams brought about by the remote working challenges due to the COVID-19 pandemic. Creately saw an opportunity to significantly improve the experience of distributed teams and decided to reimagine how teams communicate and collaborate with each other.

Envisioning this new challenge, in July 2020, Creately introduced several major new features to their platform including, in-app video conferencing, live mouse tracking and synced change previews to enable teams to succeed in the new reality of working from home, especially in terms of real-time collaboration. This resulted in an increasing number of users choosing Creately as their default app for team collaboration. Consequently, the platform was recognized by G2 as the Momentum Leader for Fall 2020, High Performer- Mid Market, High Performer-Enterprise, and Leader- Fall, and most recently was listed among the top 5 of the G2’s List of Best Selling Products in the Australia & New Zealand region for 2020.

This is a significant achievement for Creately, which compares its growing brand influence in the same group of Billion Dollar valued companies Atlassian, Canva, Xero and Sublime (the other awardees in the list).

Improving Sri Lanka’s market access to the US: Growing beyond traditional products

Showers expect in several places over most parts of the island

The selling price of a US Dollar against SL Rupee recorded Rs.204.62

Expack celebrates its women at workplace and calls for gender diversity

AIA are champions at the Inter Insurance Company Quiz Competition

Colombo ‘Park and Ride City Bus’ service to be expanded

Ranil Wickremesinghe expected to seat in the Parliament next month

Sri Lanka has issued Ramadan health guidelines to be followed

“Made in Sri Lanka’ brand built with strong hopes”