Economy News: Sri Lanka’s trade deficit widened in February 2020 as expenditure on imports increased at a faster pace than the increase in earnings from exports, the Central Bank reported Friday in its External Sector Performance review for the month. 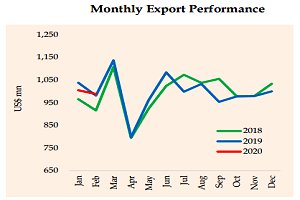 Earnings from merchandise exports increased in February 2020 for the first time since June 2019 by 0.7 percent to US$ 988 million compared with US$ 981 million in February 2019 with increase in industrial exports though agricultural and mineral exports declined in comparison to February 2019.

Expenditure on Merchandise imports increased notably, on a year-on-year basis, in February 2020 for the third consecutive month, by 9.1 percent to US$ 1.562 billion from US$ 1.432 billion in February 2019, driven by higher consumer and investment goods imports. 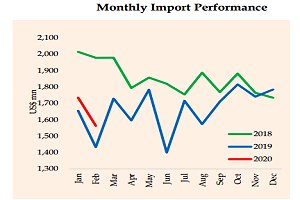