Earth Networks, operator of a nationwide lightning detection network in Sri Lanka, released its first ever 2020 South Asia Lightning Report today, covering India, Bangladesh, and Sri Lanka. For all of 2020, there were 14,462,297 lightning strikes in Sri Lanka recorded by Earth Networks’ Total Lightning Network, 572,729 of which were dangerous cloud-to ground strikes. The top 5 provinces with the most lightning strikes in 2020 were Uva, North Central, Eastern, Sabaragamuwa, and North Western Province. 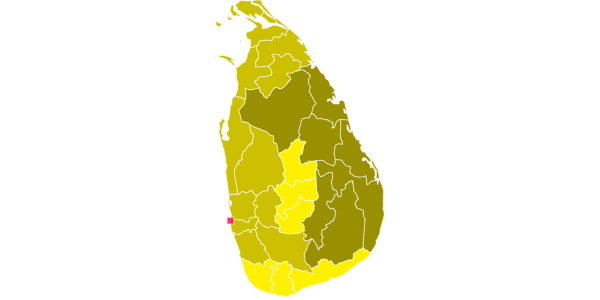 In 2020, Sri Lanka saw the highest concentration of lightning in April of 2020. There were 1,835 Dangerous Thunderstorm Alerts issued in Siri Lanka in 2020, correlating with the large volume of lightning strikes recorded.

Sri Lanka is an island country in the Indian Ocean near the equator, causing it to experience extreme amounts of heat and moisture. As a result, the population of Sri Lanka is highly vulnerable to severe weather and the effects of lightning strikes.

It is Earth Networks’ mission to enable a safer, more prosperous world through the dissemination of early warning for natural disasters such as thunderstorms, flooding, and severe storms. The company offers comprehensive visualization and alerting tools such as automatic warnings and estimated time of arrival for dangerous storms to help save lives and reduce property damage. Currently, Earth Networks works with various central and state agencies, universities, and private industry sectors in the region. 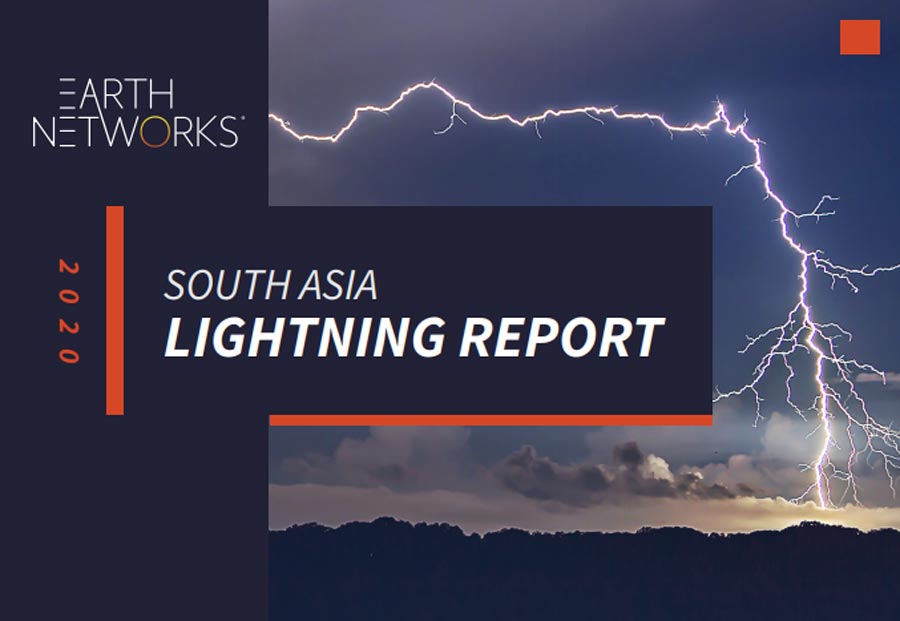 “The expansion of the Earth Networks Total Lightning Network in Sri Lanka results in more accurate data collection and severe weather predictions,” said Kumar Margasahayam, Regional Manager of Asia at Earth Networks. “Making sure that the population is not only aware of the consequences of severe weather events, but also being notified before it happens, is crucial to keeping people and communities safe.”

With climate change and rising temperatures, the incidence of severe thunderstorms will only increase. Effective early warning systems coupled with effective action plans to save lives is key to keeping communities safe. Action plans need to consider the dissemination of alerts in a timely manner and ensure that everyone is receiving them. One of the most important roles that Disaster Management agencies and NGOs can play is in imparting education to even the most remote villages, so people understand what actions need to be taken when they receive alerts or warnings.

Earth Networks Total Lightning Network is the most extensive and technologically advanced lightning network in the world. Its ability to monitor both cloud-to-ground and in-cloud lightning in near real time enables faster localized storm alerts which include location, coverage, intensity, trends, and warnings of other forms of severe weather.

To date, Earth Networks is proud of its association and support of various state disaster management authorities in the region and is looking forward to partnering with many more to help save more lives and reduce damages caused due to severe weather events.