Mr. Shasheendra Rajapaksa was sworn in as the State Minister of Organic Fertilizer Production, Supply and Regulation and the Paddy and Grains, Organic Food, Vegetables, Fruits, Chillies, Onion and Potato Cultivation Promotion, Seed Production and Advanced Technology for Agriculture.

With the reshuffle of the ministerial portfolios, Mr. Mohan De Silva was sworn in as the State Minister of Coast Conservation and Low-Lying Lands Development.

Secretary to the President P.B. Jayasundera was also present at the occasion – PMD 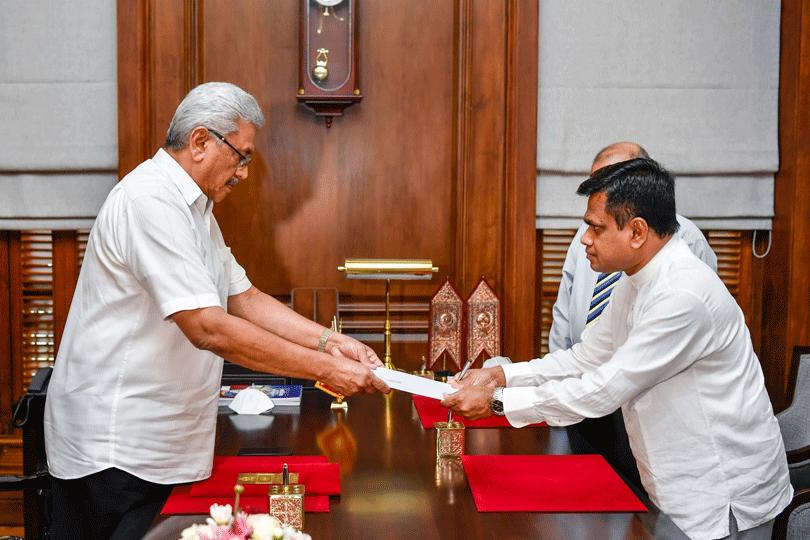