The partnership between Rakuten Viber and Snap will bring AR Lenses to Viber video messaging and photos; WWF, FC Barcelona, and WHO are among the first with branded Viber Lenses

Rakuten Viber, a global leader in cross-platform messaging and voice-based communication, will bring the magic of augmented reality (AR) Lenses to its app through a partnership with Snap Inc. Using Snap’s developer tools including Camera Kit, Creative Kit and Bitmoji, the Viber app will integrate AR Lenses, enable sharing to Snapchat, and bring customizable Bitmoji avatars to Viber. 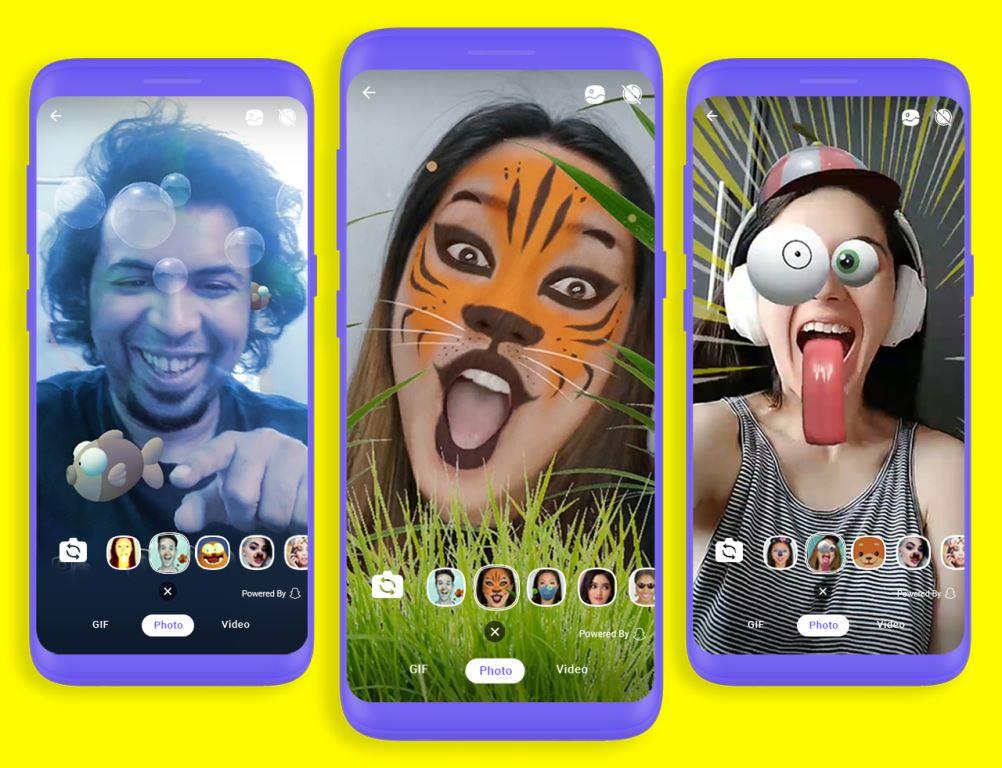 Viber Lenses Powered by Snap will offer AR-enabled video messaging and photos to Viber users for the first time. The launch includes 30 new Viber Lenses, including animal masks and Viber Characters, an underwater Lens, silly cat interactions, and more. The company plans to add between 50-70 additional Lenses per month, amounting to at least 300 Lenses by the end of 2021. Businesses will also have the opportunity to create their own exclusive Lenses on Viber. The World Wildlife Fund, FC Barcelona, and the World Health Organization are among the first Viber partners to offer new Lenses on the messaging app. The customized Lenses will boost engagement between users and the brands they love on the Viber platform.

Viber is a calling and messaging app that connects people and allows them to express themselves creatively — no matter who or where they are. Personal and group chats on Viber are end-to-end encrypted, so users can be sure that their communications are always private and secure.

Viber Lenses are an uplifting addition to the app’s existing sticker collections, which allow users to express themselves visually while chatting away. And the adoption of Snap’s Camera Kit, Bitmoji, and Creative Kit by Viber are additional ways for Viber to bring people closer together and make those connections even more meaningful and enjoyable.

The ability to offer sponsored and branded Lenses will provide an additional revenue stream to Viber, as business partners will be able to create custom Lenses for their communities on the platform.

“Snap’s partnership with Rakuten Viber is a win-win situation for us both,” says Elliot Solomon, Director, Camera Platform Partnerships at Snap Inc. “It will help us expand our Augmented Reality technology into regions where Viber already has a solid footprint, and help Viber’s users express themselves through AR on the Viber platform.”

“We’re excited to bring the Snap camera to Viber users,” says Djamel Agaoua, CEO of Rakuten Viber. “Through this partnership, we want to empower the creativity of our users with AR, and we’re looking forward to inspiring new fun-filled ways for people to keep in touch with their friends and family members. Viber is more than a messaging app. It not only connects people with each other, it is also a place where users can create entertaining, exciting, and rewarding content to share with their communities.”

The iOS version of the app with these new features, as well as the Android beta version in English language, will be available starting June 30 in the following countries: Australia, Austria, Belgium, Canada, Denmark, England, Finland, France, Germany, Greenland, Iceland, Ireland, Israel, Italy, Japan, Liechtenstein, Luxembourg, Maldives, Netherlands, Norway, Portugal, Spain, Sweden, Switzerland, and the USA. Viber will progressively roll out the features to additional regions and to all Android users by the end of August.

Room to Read Sri Lanka in collaboration with CSE, rings the bell for “International Day of Education 2023”

CDS signs up with Lanka IOC PLC to act as Registrar

Political will to speed up reforms is appreciable – IMF Executive Director Dr.Subramanian

In Sri Lanka, 10% of individuals suffering from Leprosy are minors – Health Services

US Under Secretary of State Victoria Nuland to visit Sri Lanka