Inspired by the success of its pilot ‘Ocean Strainer’ floating trash trap project initiated in the Dehiwala Canal last year, MAS Holdings announced recently that they would make the ‘Ocean Strainer’ technology openly available to interested parties, in order to replicate and scale up the solution.

The pilot project initiated by MAS included installing the ‘Ocean Strainer’ trash trap in the Dehiwala canal in August 2020. This initial trash trap was designed by MAS engineers, incorporating technical advice from the Marine Environment Protection Authority (MEPA) on customizing the design to suit local marine environment conditions. The trash trap acts as a floating barrier, trapping plastic waste before it can reach the ocean.

Commenting on the company’s decision, Chief Executive Officer of MAS Kreeda and MAS Apparel Board Member, Sarinda Unamboowe stated, “We were really encouraged by the interest this pilot generated, and the impact that we created with just one ‘Ocean Strainer’ trash trap. In five months, we collected over 30,000 kilograms of waste just from the Dehiwala canal, and had many interested parties reach out to us to find out how they can get involved in this project. That’s when we realized that this is not a journey that we have to undertake alone. Collaboration is the key to creating scalable, impactful change and that is why we are sharing the technology we have developed with others who are interested in replicating this model to address the marine plastic issue at its source.” 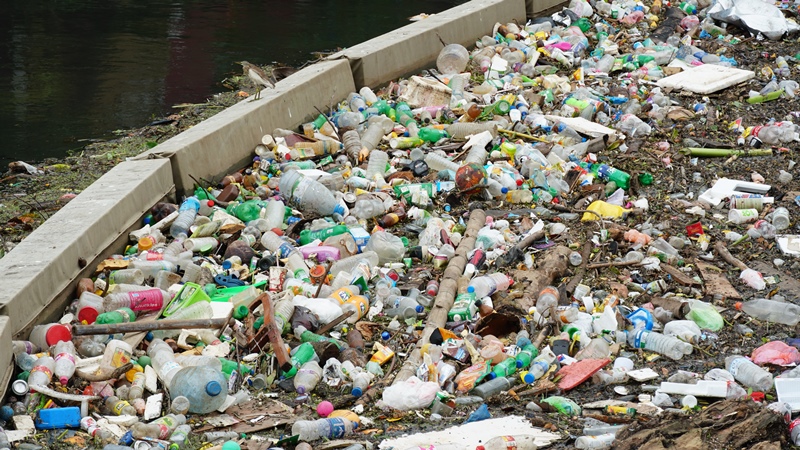 Sid Amalean, Head of Sustainable Business at MAS Holdings added, “As a company, we really believe in the power of open innovation and collaboration in problem solving. We want to enable other corporates, NGOs, institutions, clubs, societies, and even individuals, to be a part of the solution to a problem that is very much caused by human behaviour.  As a first phase of this journey, we have a group of companies, including Coca-Cola Beverages Sri Lanka Limited, Heineken Lanka Limited, Hemas Holdings PLC, and Unilever Sri Lanka, who have expressed interest in expanding this project, and we are very excited to have found likeminded parties who want to extend this project to other locations.”

The pilot project initiated by MAS was carried out with the support of the Marine Environment Protection Authority (MEPA), the Western Provincial Council, the Sri Lanka Land Reclamation and Development Corporation (SLLRDC), the Dehiwala-Mount Lavinia municipality and the Environmental Police.

MAS hopes that the successful expansion of this project will inspire other parties to join the cause in order to achieve further scale and impact in reducing the amount of plastic waste reaching the ocean through rivers and canals across Sri Lanka. Those who are interested in replicating the ‘Ocean Strainer’ trash trap in their own locales are requested to reach out to the MAS Sustainable Business team on OceanStrainer@masholdings.com.