A high-level delegation, led by the Chairman, Joint Apparel Association Forum, Mr A Sukumaran with a view to thanking the Task Force on COVID-19 for facilitation of uninterrupted function of the apparel industry in the past year and exploring possibilities of receiving further assistance to avert any second wave of the infection among employees in the industry, called on General Shavendra Silva, Head, National Operations Centre for Prevention of COVID-19 Outbreak (NOCPCO), Chief of Defence Staff and Commander of the Army at the Army HQ on Monday (4) afternoon, following instructions given to them by HE the President Gotabaya Rajapaksa. 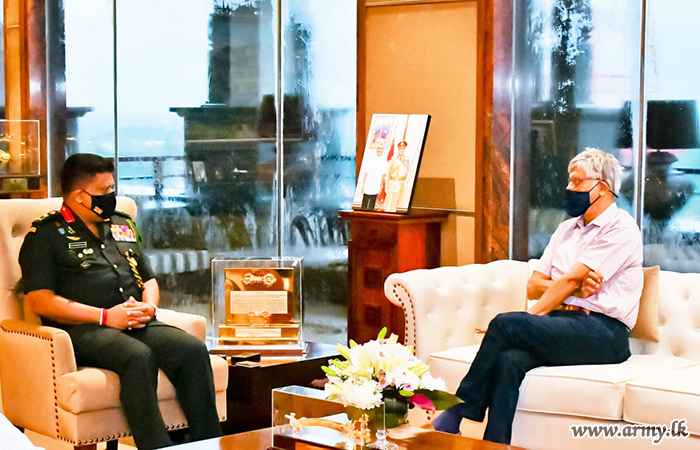 The delegation at first commended the Task Force’s timely mechanism and effective measures, launched swiftly for arrest of extended spread of the infection among apparel industry employees after the Minuwangoda episode was reported. They also sought consultations as regards the continued preventive safety network that could also be best implemented to cover Free Trade Zones in Seethawaka and elsewhere after a few positive cases have now been recently detected from Seethawaka, Ratnapura and surrounding areas. They also pointed out that the safety network of the Task Force, despite ongoing world-wide infection threat, in effect enabled Sri Lanka’s apparel industry to effectively boost its earnings by September, last year, compared to the year before, which itself is an achievement, made possible by the intervention of HE the President.

Those apparel industry leaders also requested the Task Force to apply the same preventive strategies to avoid recurrence among apparel employees in future since the industry has the fullest confidence in those stakeholders who are dedicated to rid the country of this deadly virus. General Shavendra Silva, appreciative of their concerns in return told the delegation that the Task Force, headed by HE the President has always been advised to pay the maximum attention to the smooth function of the country’s economy and well-being of those exchange-earners at all levels. “At the beginning, we stuck to the practice of conducting PCR tests on 1% of the employees and keeping them in identified places for health safety and the same strategy was applied to other factories in the FTZ in Katunayake. Those strategic methods and timely restrictions worked well in the arrest of its further spread. We will also extend the same support for prevention from it in Seethawaka and other FTZs, considering developments “General Shavendra Silva assured. 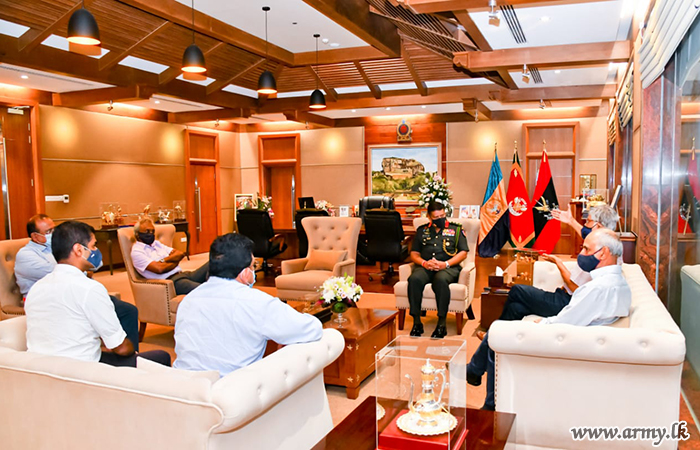 The delegation, impressed with the potential capabilities of the tri services, engaged in the conduct of PCR and antigen tests also pledged the Head of the NOCPCO that they would in future gift more PCR machines to the Armed Forces for acceleration of the conduct of more and more PCR tests and wished good luck with future endeavours of the Task Force before the culmination of the cordial discussion.

Vaccine will be available by April, frontline workers to be prioritized – Lalith Weeratunga