HNB launches A Banker for every Sri Lankan

Committee on Parliamentary Business to meet on the 18th

Weather: Fairly heavy falls above 50 mm can be expected today

The formal re-naming of the entity acquired by the Bank in 2014 marks the completion of its transition into the Commercial Bank Group. The restructured company will operate under its new name and new corporate logo from 30th December 2020, the Bank said. 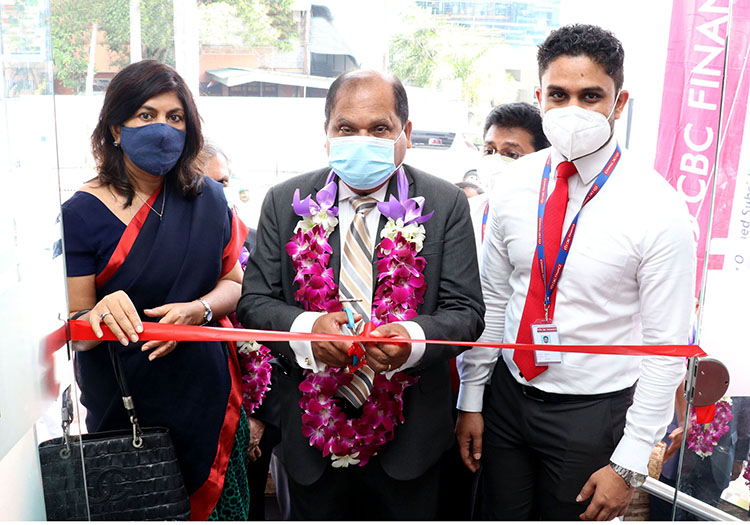 With this relaunch, the finance company can be instantly identified with its parent company, the benchmark private bank in Sri Lanka and the most awarded bank in the country.

Commercial Bank renamed Indra Finance as Serendib Finance Limited after the company’s acquisition. Total assets of the company have increased from Rs 1.95 billion in 2014 to Rs 8 billion as at end November 2020. CBC Finance operates 10 branches island-wide, delivering a wide range of financial services including vehicle leasing, mortgage and business loans and fixed deposits.

CBC Finance’s Fitch rating AA-(lka) is driven by the rating agency’s view that its parent company, Commercial Bank of Ceylon PLC, the largest private commercial bank in Sri Lanka, would provide it with extraordinary support, if required. CBC Finance is a licensed finance company approved by the Monetary Board of the Central Bank of Sri Lanka under the Finance Business Act No.42 of 2011.

The first Sri Lankan Bank to be listed among the Top 1000 Banks of the World and the only Sri Lankan bank to be so listed for ten years consecutively, Commercial Bank, which won more than 50 international and local awards in 2019, operates a network of 268 branches and 880 ATMs in Sri Lanka.

Commercial Bank’s overseas operations encompass Bangladesh, where the Bank operates 19 outlets; Myanmar, where it has a Microfinance company in Nay Pyi Taw; and the Maldives, where the Bank has a fully-fledged Tier I Bank with a majority stake.

Huawei Helps to Build the First Smart Expressway in Laos

HNB launches A Banker for every Sri Lankan

Committee on Parliamentary Business to meet on the 18th

SLID and CIMA Webinar on “Entrepreneurship During a Pandemic”

Extension of the Suspension of Business of Perpetual Treasuries Limited